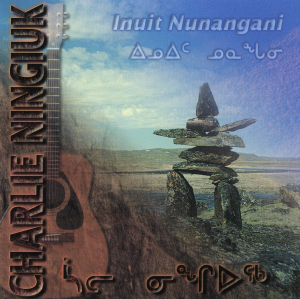 Explore Canada’s north with Charlie Ningiuk, a unique artist that combines modern feelings, sounds and instruments with traditional language, culture and influences caressed by the Canadian Arctic atmosphere. This CD provides world music fans with a dynamic side of Inuit music, pure sounds inspired by native northern roots. Come along for a colourful musical ride!