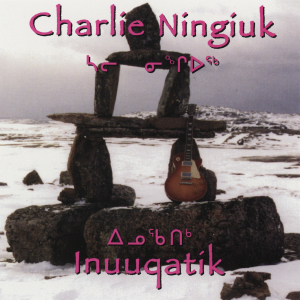 Inuutsiarit is a very distinctive and impressive song. Inuuqatik, with nine tracks released by Inukshuk Productions in spring of 1997. Charlie Ningiuk – originally from Iqaluit, now living in Inukjuak – covers progressive rock for the most part, and is easy to listen to. There’s a nice fuzz-guitar sound throughout this well-recorded CD.